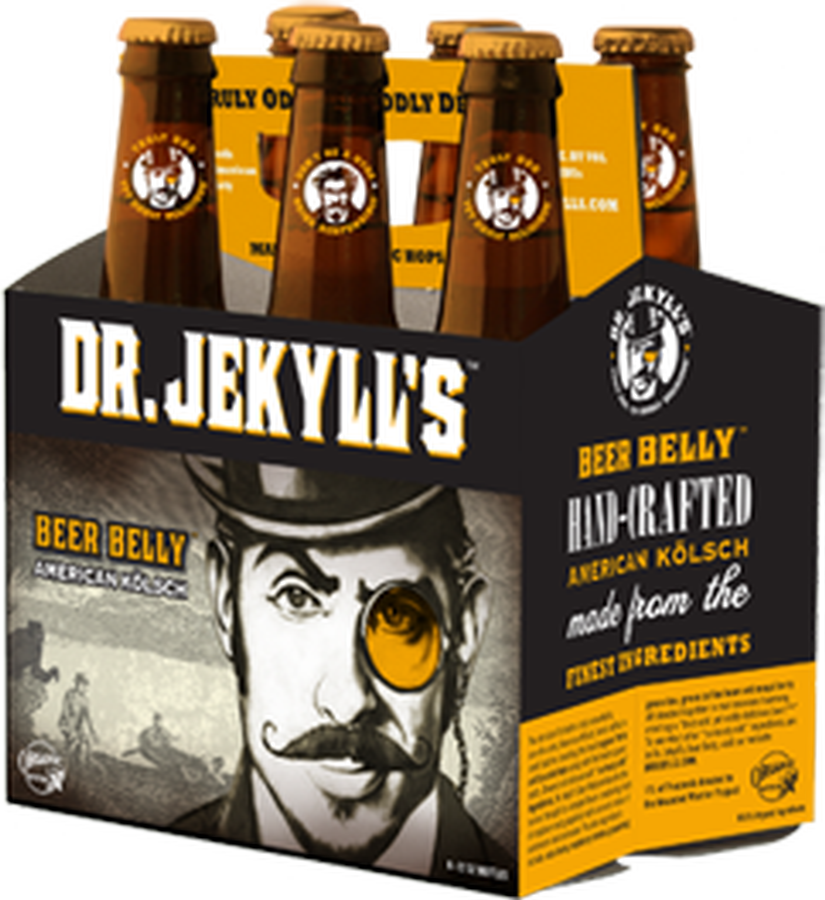 Dr. Jekyll’s Craft Beer was conceived in the heart of an old constable station turned brewery in Brattleboro, Vermont, by three longtime friends, united by their love of great beer and active, healthy lifestyles: Tom Costa, an avid home brewer of more than 25 years and former army paratrooper; his high school friend Jimmy T, a research scientist and all natural bodybuilder; and Ray McNeill, an award-winning master brewer. After Ray suffered a serious health setback, these friends were inspired to craft beers that not only tasted great, but had something special about them, something with a greater purpose – and so was born Dr. Jekyll’s…to be shared with the world.

Dr. Jekyll’s is the world’s first and only non GMO, vegan friendly, craft beer made with organic hops and malt that is brewed with super foods in a synergistic way. All of Dr. Jekyll’s beers are brewed with over 98% organic ingredients and each one has an associated charity it donates 1% of proceeds to.

Here at Dr. Jekyll’s, we brew Beer that Benefits! Our beer benefits the body and soul; society as we give back by donating to charities; and the environment by using echo friendly UV silk screened labels that save trees.

Its complex flavors combine hints of raspberry and grapefruit along with aromatic notes of cardamom and coriander. Other super ingredients include acai berry, maqui berry, green tea, green coffee bean, raspberry ketone, and grapefruit fiber. This incredibly light yet full bodied refreshing craft beer will broaden your senses but not your waist line!